Following the Rabbi Beyond Rescue

Following the Rabbi Beyond Rescue

Sometime between 2:00AM and 9:00AM on the day He was crucified, Jesus was paraded into six different trials. Three were religious trials by the Jews and three were civil trials by the Romans.

We talk about following Jesus anywhere and everywhere with courage.

But where are our limits?

Would we have followed Jesus into trials where the laws were not being upheld, false accusations were created, and beatings and violence were used to intimidate and silence any other potential witnesses?

Being misunderstood is difficult for any leader and being slandered is heartbreaking. 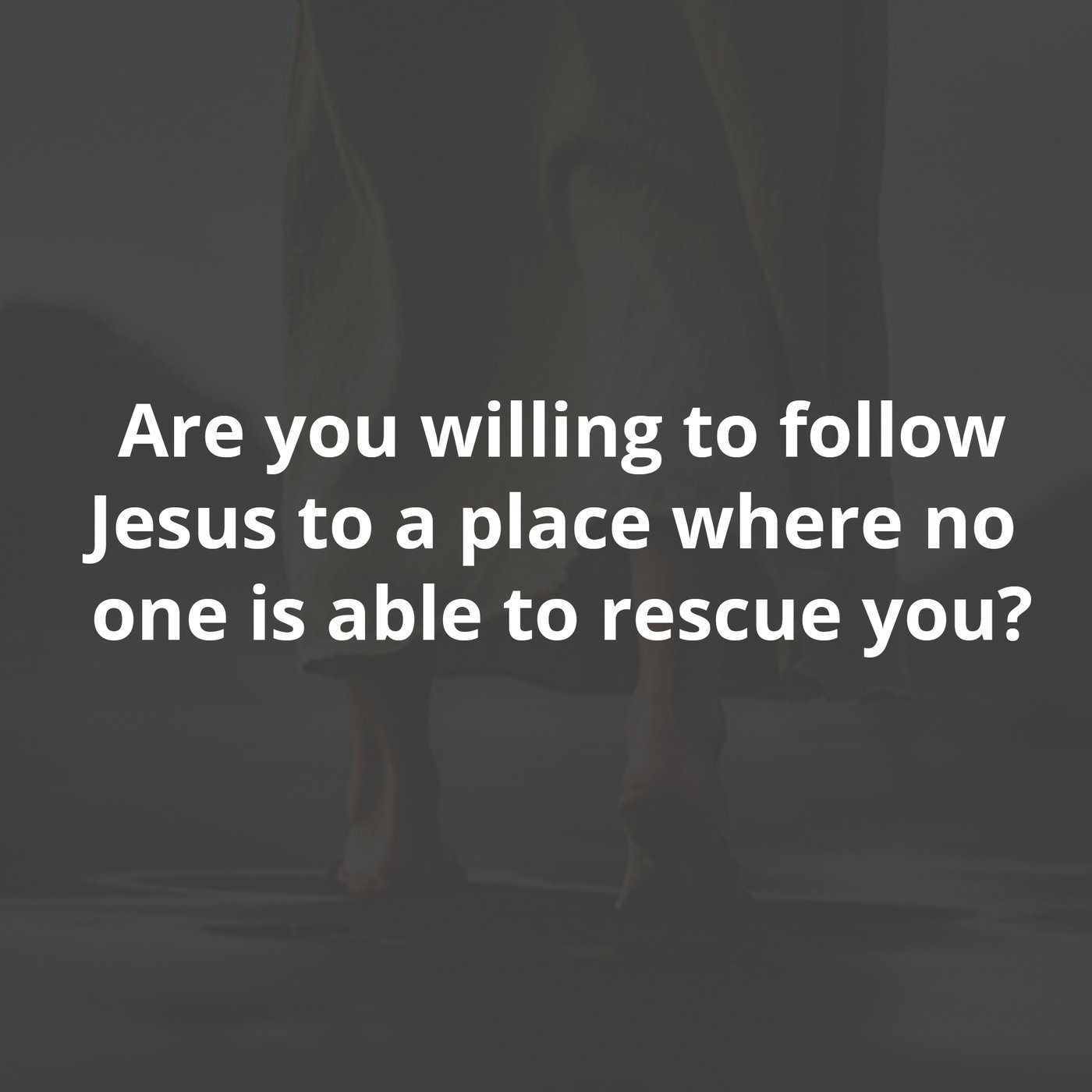 I want to be willing to follow Jesus even when the laws of the land deny me justice and my friends desert me. That is where we find Jesus hours before His death, alone, abandoned by friends. He was helplessly deserted by any legal court although he was not charged.

Jesus was declared innocent while walking on death row and there was no one willing to stop his execution.

It’s easier to take risks and follow Jesus when you know your country or laws will protect you or rescue you. Those laws failed Jesus. There would be no rescue.