When my twin sons were in 2nd grade, we moved from a private Christian School in Arkansas to San Diego, California public schools.

I was terrified for them.

On the long drive to San Diego I came up with Four Man Rules that I made the boys memorize. It was my way of trying to instill in them short phrases that they would remember throughout their school days. It was also my way of helping shape their character. And it was my way of feeling that at least they have a few rules to guide them. 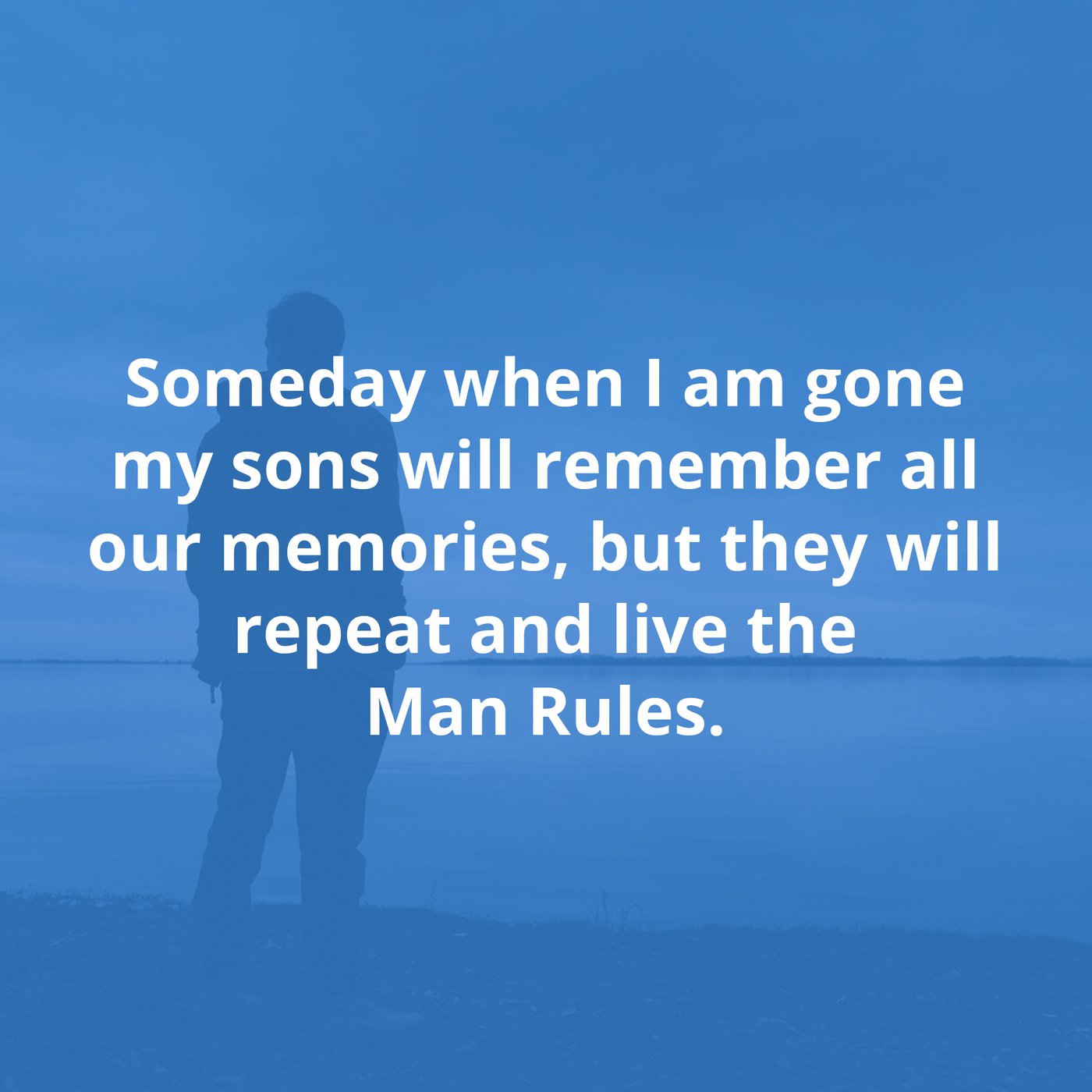 We tried several different rules to make it Five Man Rules but a fifth one never fit in, until now. They are 20 now and I have a nine year old son who is learning these. So, now my sons have the Five Man Rules.

They have really shaped their character. Ask Nathan or Noah what they are, they know them. Better than that, they are them.

Someday when I am gone my sons will remember all our memories, but they will repeat and live the Man Rules. I encourage you to develop Rules for your kids to live by. Make them short, easy to remember, deep with meaning, repeat them often, and live them out.

What are my daughters’ rules? I’m still working on those. She is three years old so I have some time. Suggestions are welcomed as I am still trying to figure her out.